Let’s be real, who hasn’t used bleach when getting stains out of white clothing?

It’s been the ultimate cheat code in our laundry arsenal for generations, and throughout the years’ certain innovations have promised this same industrial level clean for colors and more delicate fabrics.

After reading this you’ll never again put these incredibly dangerous chemicals anywhere near your body (but you’ll have an alternative to turn to)… We can’t even believe some of these products are still legally allowed to be sold on shelves, to be honest.

First, we will cover the dangers of bleach, then move to “bleach alternatives” which offer false promises of safety for your health, and then land the plane on how you can get the same clean without the MASSIVE dangers in bleach and “oxy” based bleach alternatives.

Sodium hypochlorite, otherwise known as bleach, is one of the most widely manufactured chemicals in the world.  It is an extraordinarily powerful oxidizer, which means that it will oxidize or whiten virtually anything. And if you’ve ever gotten a couple of drops of bleach on your favorite jeans, you know that those jeans have been forever ruined.

When you leave the bleach on any fabric (especially cotton) for an extended period of time, it eats a hole right through your fabric… It is so powerful and toxic that it literally eats solid materials with an oxidative process.

Here’s a symbol commonly found on bleach containers, and a HUGE clue as to why you should never expose yourself or your family to this material:

Common sense dictates that you should reject using a cleaner that is powerful enough to dissolve your skin and keep it the heck away from you and your family.

In addition to making things literally disappear as a clue to how powerful this chemical is, another massively obvious reason as to why you should never use bleach is the smell.  It is an unmistakable chemical smell that we all instinctively avoid.

Fumes from bleach are one of the most dangerous risks with this product, and it has been known to induce asthma attacks and countless other serious respiratory issues in children and adults alike.

There are tens of thousands of exposure accidents relating to the inhalation of bleach fumes each year in the US alone. STOP playing this game.

One final important note on ditching bleach is that it is HIGHLY reactive, meaning it very easily combines with other debris you are cleaning as well as other chemicals you might be cleaning with.

Here’s a scary simple example of this:

Bleach and ammonia create a deadly combination and form chlorine gas (which is absolutely detrimental to your health when inhaled).  Ammonia is found in urine, which if you have pets, children or a toilet in your home, is a lot more commonplace than we really need to admit to ourselves!

Okay, I am sure I’ve got your commitment by now to never buy this atrocious liquid again! Let’s discuss the “oxy” bleach alternatives, and then show you how to get the bleach style clean without ANY of the toxicity.

Realizing that customers’ were catching on to the dangers of bleach, the industry gave birth to the “oxygen-based bleach” or the “air bleach” types of products.  These products use an evaporated peroxide-based formula with the main ingredient being sodium percarbonate.

Sodium percarbonate is nowhere near as toxic as bleach with fewer implications on human health, and it is far more gentle on fabrics. Sometimes these formulas will also use sodium perborate, sodium peracetate, and other compounds.

You’ve heard of peroxide, right? Hydrogen peroxide, (which is essentially percarbonate in its liquid form has bleaching capacity (commonly used to bleach hair).  It is not as strong as bleach, but it has whitening capacity.

The challenge with sodium percarbonate as a bleach alternative is that it can also cause some dulling with your colors and fabrics. It is also not as effective as bleach because it is not as aggressive as a chemical.

What lots of companies that manufacture these oxy type cleaners do to boost the effectiveness is add in various surfactants, buffers, and fillers. You’ll also commonly see little blue beads in the formula, or just notice that the products are the color blue.

Blue is a dirty little trick….

These little blue beads and coloring are actually ultraviolet light boosted brighteners and dyes.  These trick our eyes under ultraviolet light (artificial indoor lighting) into believing that our clothes are brighter and more vibrant even though they’re actually not… and in the process are leaving a film of toxic chemicals behind that we then wear all day.

So ironically many people believe that when using oxygen type cleaners that they’re actually being more eco-friendly or safe…. In reality, they’re just replacing one toxic chemical for a host of different ones.

Most of those companies don’t even list on their label the exact chemical compounds that are in those oxygen type cleaners and hide them under various names of “patented formulas” for example.

We wanted to do something about this…

We wanted to make a product that was as effective as eliminating the toughest stains as the chemically charged Oxy-Cleaners without the terrible toxicity that they all carry.

You deserve to be able to bust through stains without exposing yourself or your family to toxic chemicals. We also knew it was a scam to simply dye your clothes blue and call them clean by tricking your eyes!

This is why we invented OxyBoost.

Oxyboost used sodium percarbonate as the chief active ingredient, but we don’t use any of those other types of activators or chemicals in order to trick your eyes into believing that your clothes are cleaner.  The concentration and purity that we have achieved in our formula is unmatched in the industry, and you won’t need the other chemical cheat codes on the market!

Once it gives off all of its oxygen, it’s a completely inert product, meaning it is essentially basic table salt going down your drain and not any chemicals.

It’s one of the safest, most non-toxic oxygen cleaners that have ever been created, and we have THOUSANDS of satisfied customers who have been using this product for years as an alternative to bleach that will never look back.

There are no comments 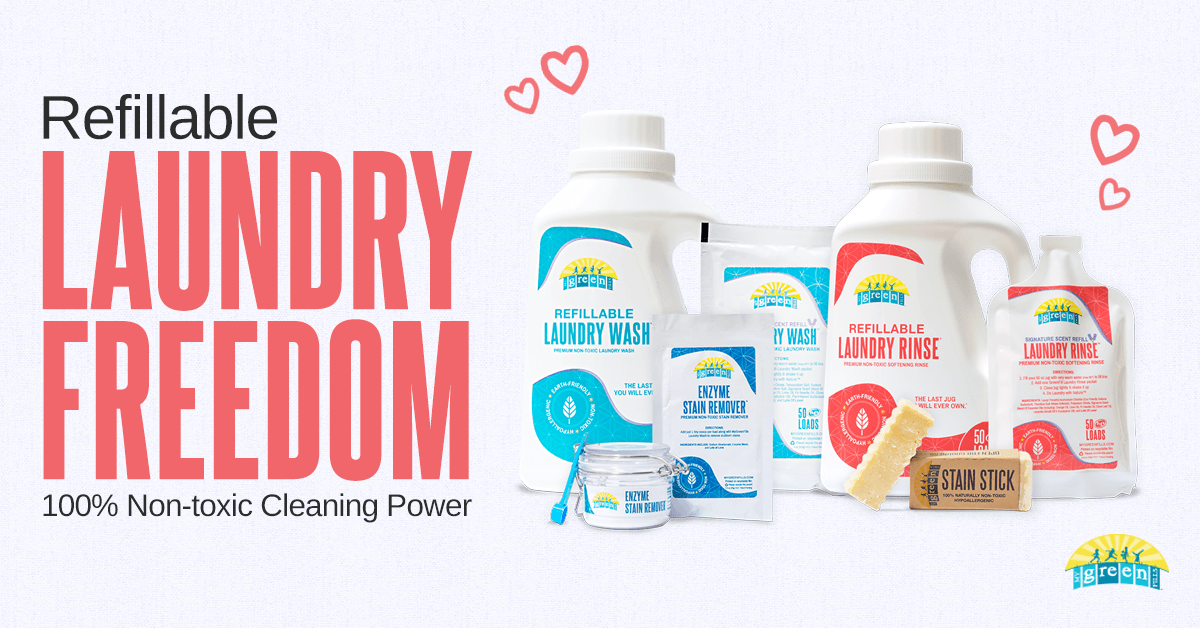